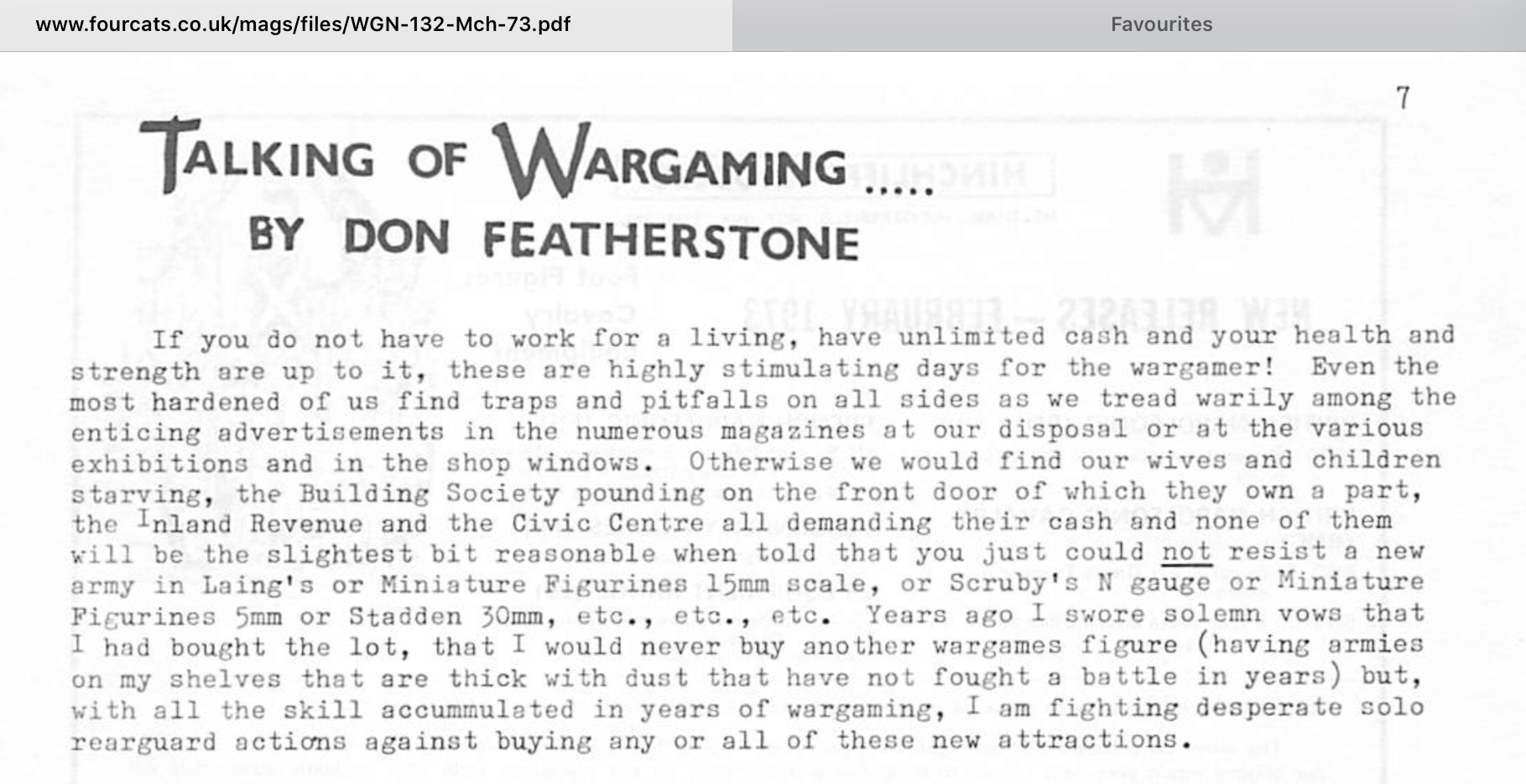 I am curious as to when the first Minifigs 15mm ranges were produced, as Peter Laing is often claimed to be the first maker or pioneer of 15mm figures in October 1972.

Peter Laing himself offers conversion tips on low melt solder – would this have been part of his sculpting method? 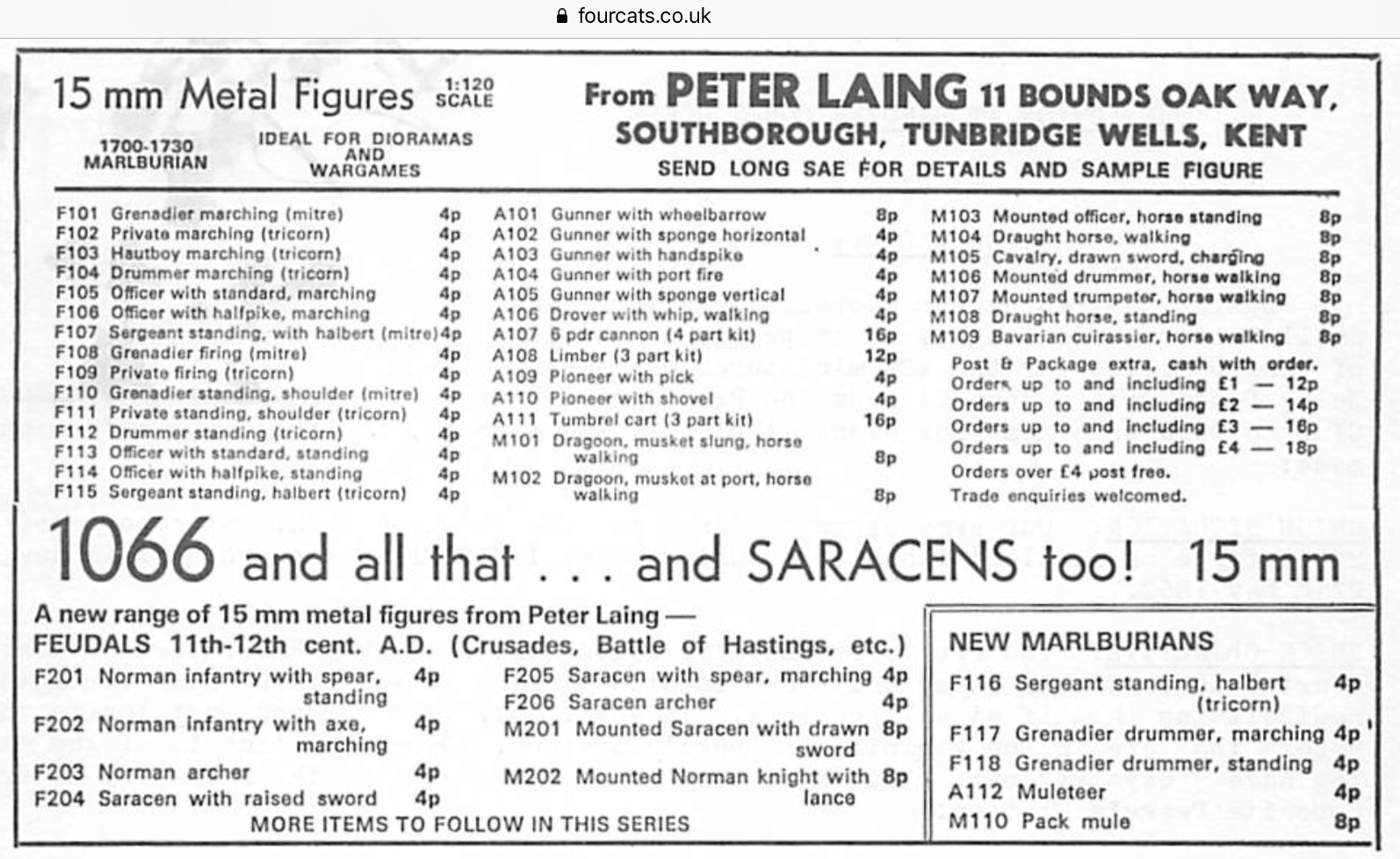 Advert in March 1973 introducing his new 200 Range, his second range, of Feudals 11-12th Century AD beginning with Normans and Saracens for Hastings, Crusades …

This new range and future AWI and Crimean and Ancients ranges are mentioned by Peter Laing to Donald Featherstone for the “Must List” review section: 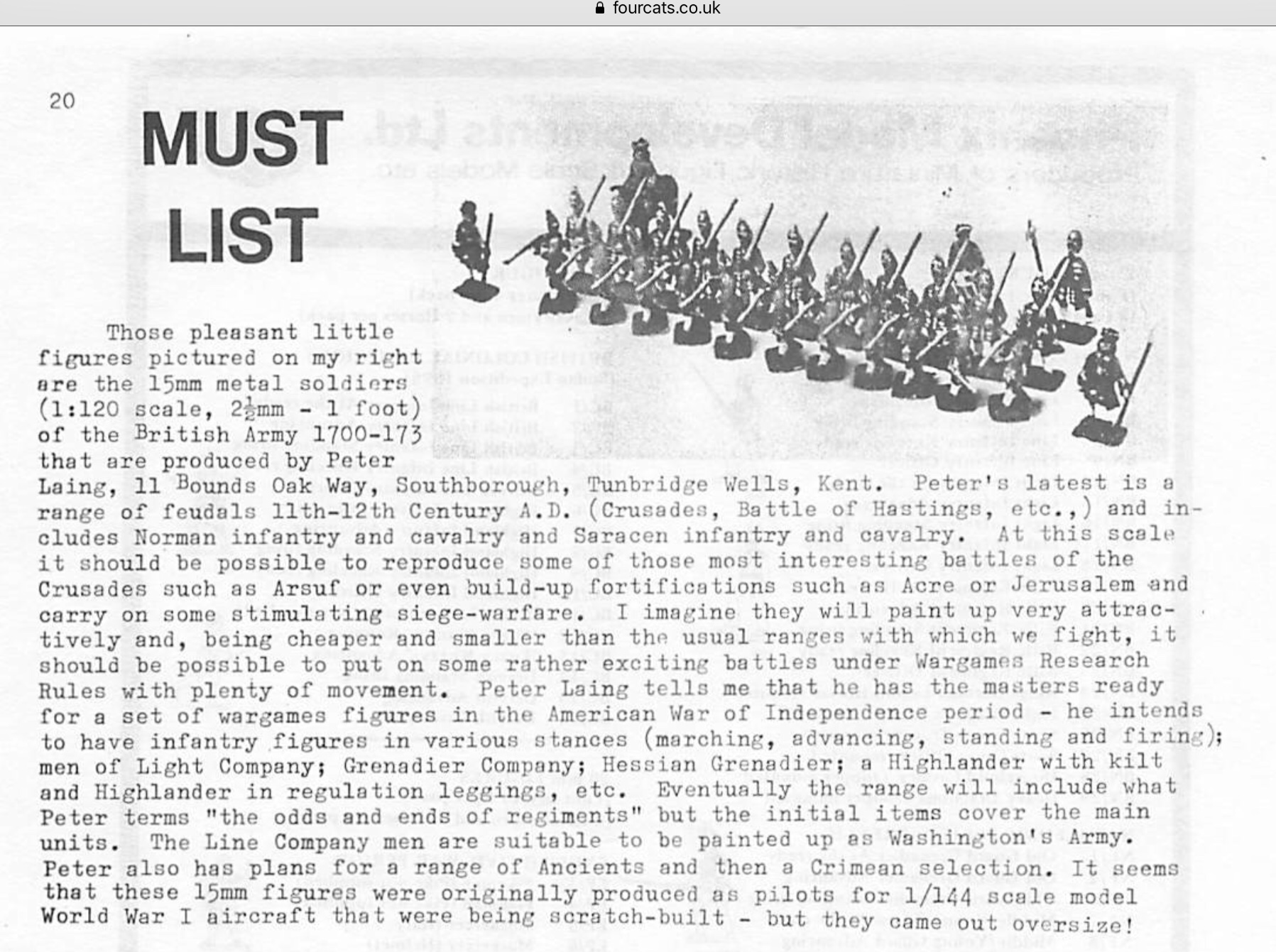 These became the 200 Feudal range

Hello I'm Mark Mr MIN, Man of TIN. Based in S.W. Britain, I'm a lifelong collector of "tiny men" and old toy soldiers, whether tin, lead or childhood vintage 1960s and 1970s plastic figures.
I randomly collect all scales and periods and "imagi-nations" as well as lead civilians, farm and zoo animals. I enjoy the paint possibilities of cheap poundstore plastic figures as much as the patina of vintage metal figures.
Befuddled by the maths of complex boardgames and wargames, I prefer the small scale skirmish simplicity of very early Donald Featherstone rules.
To relax, I usually play solo games, often using hex boards. Gaming takes second place to making or convert my own gaming figures from polymer clay (Fimo), home-cast metal figures of many scales or plastic paint conversions. I also collect and game with vintage Peter Laing 15mm metal figures, wishing like many others that I had bought more in the 1980s ...